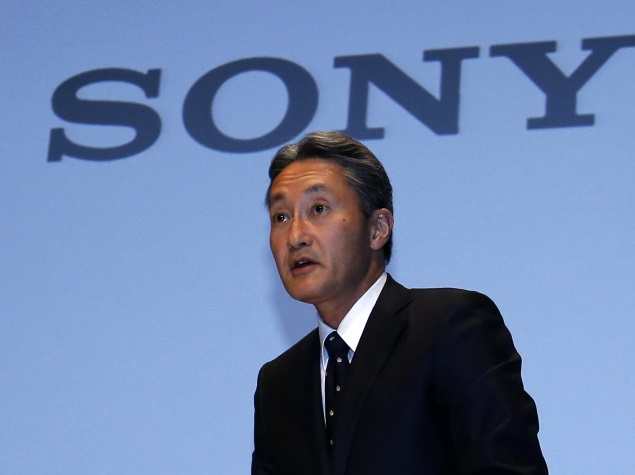 Leaked emails reveal a cultural gulf between Japan’s Sony Corp and Hollywood subsidiary Sony Pictures Entertainment, highlighting the challenge of CEO Kazuo Hirai to turn around the money-losing company under the slogan One Sony.

The Japanese conglomerate is heading for its fifth net loss in six years, raising questions about its ability to hold on to businesses ranging from making television sets to movies. While activist hedge fund investor Daniel Loeb has given up his call for Sony to spin off its entertainment arm, others believe it should exit weak product lines such as TVs.

Bilingual Hirai is linked to both sides of Sony, having experience at both the video games and music businesses. He is therefore widely considered one of the company’s few executives capable of bringing together the manufacturing and movie-making cultures of Tokyo and Hollywood.

But along with racial jokes related to U.S. President Barack Obama and disparaging remarks about top actors, leaked emails from Sony Pictures executives reveal tension between Hirai and the film studio.

The emails were leaked following a cyber-attack on Sony’s computer systems last month by a group demanding the company pull upcoming film “The Interview”, a comedy criticised by North Korea for depicting the assassination of its leader. They show Hirai ordered the film to be toned down and encountered resistance from the film’s creators including co-director and actor Seth Rogen. Sony Pictures co-chairman Amy Pascal tried to mediate.

“This is also what I am now dealing with,” he wrote.

Sony declined to comment for this article and Hirai was not made available for interview.

One Sony
The hack comes as Hirai is trying to prove Sony is better off with all of its businesses including cameras, films and insurance under one roof.

That business has recently been helping to partially offset weakness in smartphones. Last month, Hirai forecast sales at the Sony Pictures to rise to as much as $11 billion (roughly Rs. 69,201 crores) in three years, 36 percent more than current business year.

“The entertainment segment has maintained profitability for 18 years straight, and as a generator of stable profit, it is a major pillar of the Sony Group,” Hirai told investors on Nov. 18, days before the hack became apparent.

Sony shares have risen around 18 percent this year in recognition of Hirai’s turnaround efforts. In September, however, Sony cut its outlook for the sixth time on Hirai’s watch.

Many investors and analysts now believe Hirai should make more drastic cuts in its electronics arm.

“Phones, TVs… It would be better to wind down those areas, and soon,” he said.

Sony should focus instead on highly-profitable products such as its image sensors which are used in smartphones including Apple Inc’s iPhones, he said.

“There’s no reason to do everything.”