Should Apple merge iOS and OS X together? 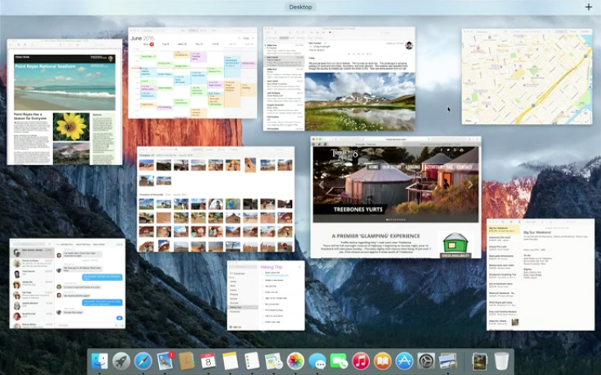 On stage a few weeks ago, Tim Cook, the CEO of Apple, stated that the company has “no intention” of merging iOS and OS X, Cupertino’s two main operating systems upon which almost all of its hardware is based. While it may seem odd to consider merging two almost completely contradictory elements – after all, what does the iPhone have in common with the Mac Pro? – another technology giant is currently doing just that, and going ahead merging a phone operating system with a desktop one.

With Windows 10, Microsoft is attempting what was previously considered a bad idea and, to a degree, the evidence does bear out this conclusion. The launch of Windows 8, the first attempt at combining the two, did not go down well with customers and forced Microsoft into back-tracking on certain key areas, such as the Start menu which got lost in the mobile-ification of Windows. However, the fortunes of Windows 10 seem a little better.

At an event on October 6, Microsoft announced that over 110 million people had installed Windows 10 onto a device, a staggering achievement considering the software has only been available for a little over two months. The success of Windows 10 is, in the most part, down to Microsoft’s focus on what users want, not what is in vogue with the technology press. By starting the Windows Insider programme, Redmond accurately gauged the feeling towards the OS and only implemented things users really wanted, such as the Start menu.

Of course, Apple is continuously doing this. John Gruber, one of the foremost bloggers on the firm, wrote that Apple is one of the most – if not the most – customer-driven company around today, taking the feelings of users into account every step of the way. Even the most radical ideas, such as the original iPhone’s lack of keyboard, are thought of with the user in mind and are ultimately shown to be good choices in time.

The case for merging iOS and OS X is quite strong, and Cook would do well to listen. Developers, the cornerstone of Apple’s products, are becoming disenchanted with the company’s offerings, especially with regard to the App Store which doesn’t offer demos or the ability to “upgrade” to the latest version for a reduced price. Some developers have even taken it as far as claiming that Apple’s platforms cannot sustain anything other than a hit game or an uber-niche piece of enterprise software. Merging iOS could solve these perceived shortcomings.

Developing software is long and laborious work and if developers start to feel that the monetary rewards are insufficient then they may move elsewhere. (There are, of course, other rewards, but none put food on the table quite like cold, hard cash).

There are drawbacks, and they do number highly. For example, the experience on a mobile device is impaired by the fact that it is also designed for a laptop and a desktop. On a MacBook, everything is geared toward being controlled by a keyboard and a mouse. On a Windows 10 machine, however, the same cannot be said and this can lead to some odd compatibility issues.

A good example of this is the Office suite. When it was first released on the Surface back in 2012, the suite of apps was designed for a mouse and keyboard but was being used on a touch device (the Surface). This would never happen for Apple – iWork is distinct on both – but it did for Microsoft, and users didn’t get the best experience as a result.

This is where the idea of user experience – and, as Tim Cook loves to tout, user satisfaction – comes into play: Apple has evidently assessed the market and the things consumers want and decided that merging iOS and OS X does not come under the label ‘things customers want.’

The complications arise when considering products such as the iPad Pro, a device that is clearly geared toward having a more ‘Pro’ set of applications. The two other devices that share its namesake – the MacBook Pro and Mac Pro – both run OS X and so the inclusion of iOS is noticeable for how ‘un-Pro’ it feels, even if certain apps, such as the iWork suite, have been built out to work better. Many speculated that the second version of the iPad would come with a custom-build version of iOS which brought in some features of OS X, but it never materialised.

While Tim Cook’s comments seem categorical, there is still some room for manoeuvre. The Apple of Steve Jobs, which was likely where the clearest distinction between OS X and iOS was made, is gone, and the ideas that came with it may also be vanishing.

The very introduction of the iPad Pro and its associated Pencil – effectively a stylus wrapped up in Apple’s cute branding – show this clearly. Jobs famously said that “if you see a stylus, they [the company] blew it” and it may be the case that in the future people look back on Tim Cook saying that Apple has “no intention” of combining iOS and OS X in a similar light.

Another angle that has to be considered is that while these operating systems might not merge, OS X could be gradually phased out and replaced by iOS. We have already started to see this with the MacBook which is an amalgamation of the iPad and a MacBook Air. (The iPad Pro is the reverse but expresses the same ideals).

The PC industry, especially desktop machines where OS X is most suited, is dying out to be replaced by iOS which can inherit the features of OS X without ever officially merging the two, just as OS X inherited the features of iOS back in 2010.