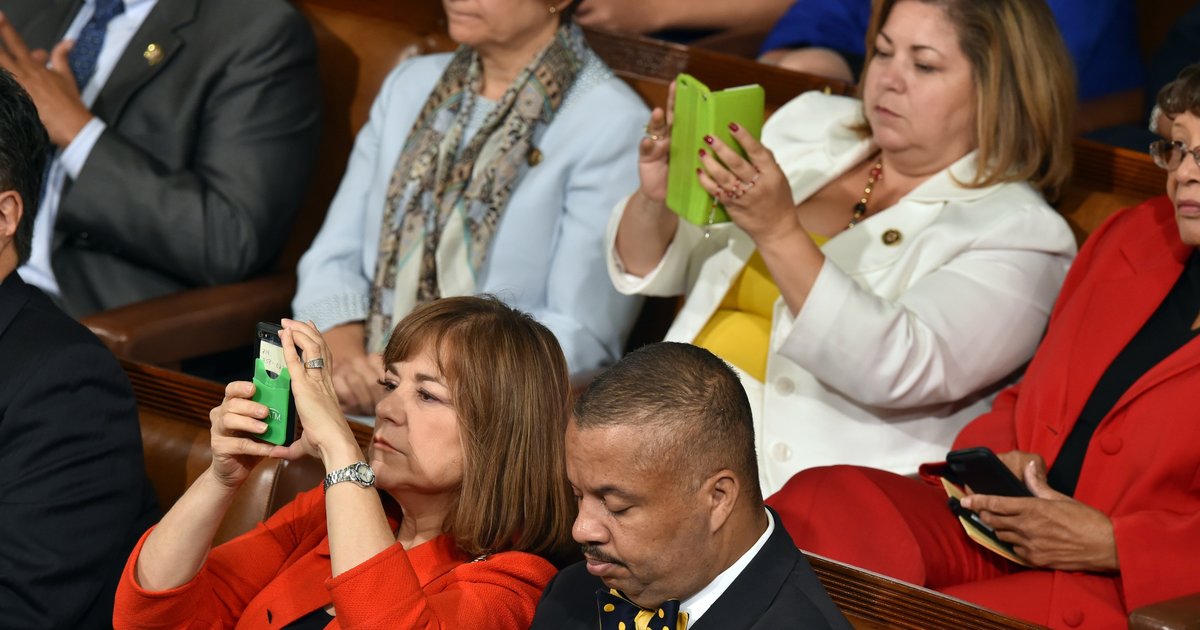 WASHINGTON — If you're trying to get a message to your representatives in Congress, your best bet may be to use Twitter or Facebook, according to a report released Wednesday by the Congressional Management Foundation.
To conduct the study, the CMF issued two separate surveys to communications directors, legislative directors and legislative assistants of Senate and House members last summer. The surveying yielded 116 responses, which may not capture all of the lawmakers on Capitol Hill who use social media accounts regularly, but does offer a glimpse into the impact constituents might have by engaging their lawmaker on such platforms.
Eighty percent of staffers said their office will “pay attention” if their lawmaker's social media post garners 30 responses or fewer. But those comments need to come in soon after the lawmaker's initial post to have a greater chance of being noticed.
“The authenticity of a tweet or Facebook post, whether by a citizen or lawmaker, has the inescapable power to change minds,” said CMF CEO Bradford Fitch, a co-author of the report.
Seventy-six percent of respondents said social media allowed lawmakers' offices to have “more meaningful interactions” with constituents. Additionally, 70 percent said platforms like Twitter and Facebook made their member or senator “more accountable” to the people they are representing while in Washington.

And 71 percent said the more people affiliated with a specific group or cause respond to a legislator's social media post, the more likely they will have “some” or “a lot” of influence on the lawmaker's decisions.
The Huffington Post reviewed the social media accounts of the 100 senators in the upper chamber, and found that they all have Twitter and Facebook accounts that are used frequently.
“For those not regularly tuned in to what's going on in Washington, social media gives us the ability to share and engage with those people,” said one House communications director, according to the report.
One Senate legislative staffer said social media platforms “let people back home see behind the scenes.”

President Barack Obama's two presidential campaigns are credited with introducing the new element of social media into the political arena. A 2012 Atlantic piece provided an inside look at the ex-Twitter, Google and Facebook techies the Obama campaign hired to make sure his message was constantly available to voters.
The influence of Twitter and Facebook among state and local legislators has only grown in recent years, as constituents become aware of their ability to directly engage with their legislators. Some state lawmakers are even know to make themselves available to constituents for regular conversations on platforms like Facebook.

While the data appears preliminary, given the limited responses to the CMF report, Fitch said it reveals how social media interactions can happen.

“It opens a window into the perceptions and motivations of how social media influences public policy decisions on Capitol Hill,” Fitch said.