WHY: Google’s lack of support for strong encryption make some people who can’t afford Apple devices 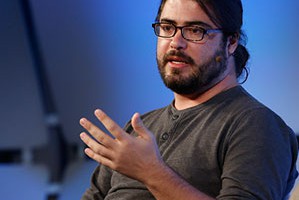 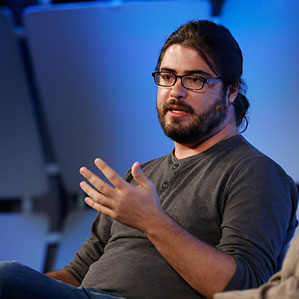 A new iPhone without a cellular contract costs at least $650, while a new smartphone powered by Google’s Android software can be as little as $50.

According to the ACLU’s principal technologist, Chris Soghioan, another gulf between the two is that Apple devices also better protect people’s data against criminals and surveillance. At MIT Technology Review’s EmTech conference in Cambridge, Massachusetts, on Tuesday, he warned that the combination of those differences has created a looming civil rights problem.

Apple CEO Tim Cook recently spoke about his commitment to privacy and criticized companies who are “gobbling up” personal data to make money from it. His company won plaudits from experts last year—and enraged the FBI—after making its mobile devices automatically encrypt data stored on a device in such a way that even Apple can’t unlock it.

Apple has also designed its messaging and video chat apps to use end-to-end encryption, which means that the company can’t read past communications (unless someone has enabled Apple’s iCloud backup service). And it has resisted U.S. Department of Justice demands to modify its system to wiretap messages in real time.

People using phones powered by Google’s Android software are not so well protected, said Soghioan. The company said last year that it would make Android phones encrypt all stored data by default, like Apple devices do, but reversed that decision early this year. Google said this month it will require only devices meeting certain hardware performance standards to encrypt stored data, which Soghioan thinks will exclude cheaper devices. Google’s Hangouts text and video chat service bundled with Android does not use end-to-end encryption.

Soghioan said this means that someone who uses a cheap Android device is a much easier target for law enforcement or intelligence agencies—which he argues are prone to abusing their surveillance powers. He cited the way the FBI snooped on Martin Luther King’s phone calls and said he fears that U.S. and overseas activists of today and tomorrow will be even easier targets. “The next civil rights movement will use the technology against which surveillance works best,” he said. Protest movements don’t typically start in society’s upper socioeconomic echelons, he noted.
The difference between Apple and Google’s stances on encryption for mobile devices appears to be due to corporate rather than technical reasons, said Soghioan. “Google has by far the best security team of any company in Silicon Valley, and the security people I know at Google are embarrassed by Android,” he said. “But Apple sells luxury goods and Google gives away services for free in return for access to data.”

Highly secure communications apps are available for both Apple and Google platforms, and some are very popular. Soghioan, like Edward Snowden, recommends a messaging app called Signal, which is supported by the U.S. State Department with a view to help protect civil liberties overseas. The same underlying technology is used by Facebook’s app WhatsApp to protect messages using end-to-end encryption.

But most mobile e-mail apps, including Apple and Google’s defaults, don’t support encrypted messages. And data entered into Facebook, the most popular mobile app of all, or its Messenger app, resides on Facebook’s servers in a form that can be read by authorities if they request it.

Soghioan said he hopes drawing attention to the differences between how Apple, Google, and Facebook have designed their software will cause those he sees as laggards to do more. “My hope is that by talking about this we can shake these companies up.”